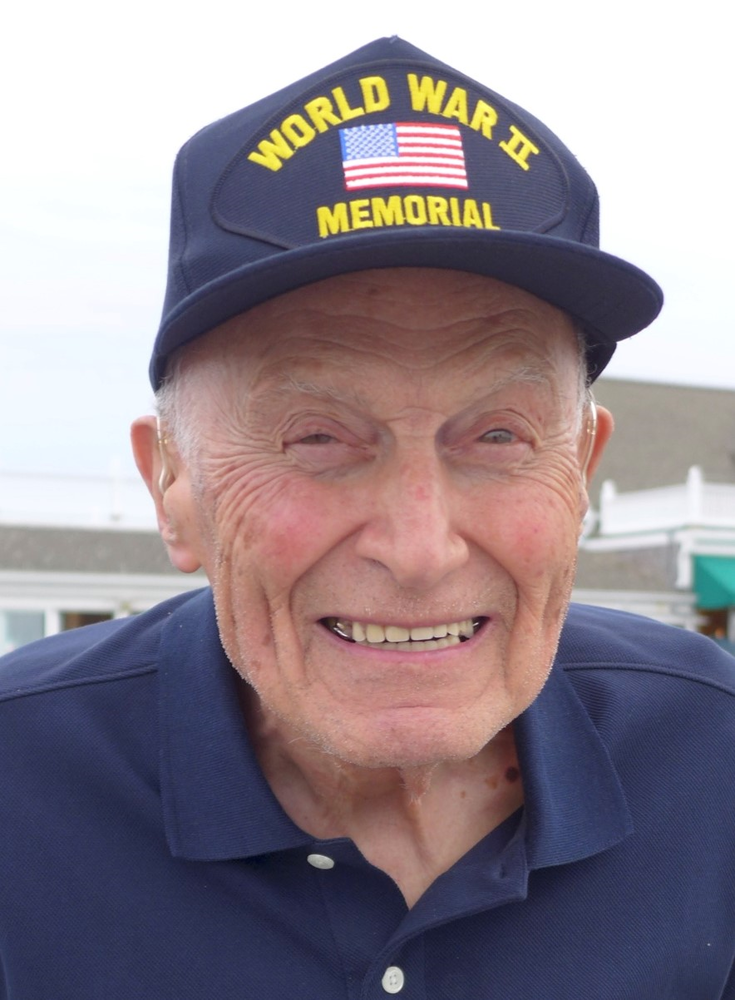 Obituary of John A. Cortese

A Legend and Icon in Brooklyn

John Anthony Cortese was born on June 19, 1924 in Brooklyn to Frank and Giovanina Cortese. Since his mother was pregnant with him on the voyage from Italy John would always say that he was made in Italy but born in the USA. He spent his early years in Prospect Heights and Park Slope but when his parents opened the Golden Gate Fancy Fruits and Vegetables at 2080 Flatbush Avenue in 1939, Flatlands was his home.

At 14, John would deliver orders for his dad with a pushcart. In 1942 after his 18th birthday and graduation from High School, Uncle Sam recruited him for the U.S. Army. He spent time at Fort Bragg and then sailed overseas to fight in World War II. As a corporal in the 551st Field Artillery Battalion, John fought in the invasion of Normandy landing on Omaha Beach, The Battle of The Bulge and many other battles in France, Germany, Belgium and Holland. Part of his duties was that of being a sapper, one who identifies land mines. He was given only two hours of training a month before D-Day. He trained not in a classroom but on live minefields. He also played the bugle as he was a saxophonist.

When he returned at the end of the war in 1945, he married the love of his life, Anne DeSantis. They had three children: Janine, Louise Anne and John. Settling in St. Thomas Aquinas Parish, John and Anne were very involved with the Flatlands community. John was a member of The Holy Name Society and served as an usher at St. Thomas Aquinas for over 50 years.

His days were filled with his favorite standards playing on his turntable. He sang along and many of his
customers joined him. Though the Golden Gate is a fruit and vegetable store, it is really a showcase of how to live and enjoy people. John had an incredible memory and would remember the smallest of details from his childhood, service in World War II and Brooklyn’s good old days.

John welcomed everyone who came to hear stories about the neighborhood from this Brooklyn legend and to get some good fruits and vegetables. His smile was contagious and he loved bringing out the best in people, whether in conversation, a song or a smile.

Over the past few years, John was honored by being part of the World War II Honor Flight to Washington, D.C. He spoke at the Italian American Museum and at Barclay’s Bank in New York telling of his experiences during WWII. He has been featured on television, in books, in The NewYork Times and on social media. He has received many citations for all that he has done for his country and community. John was recently honored at The Barclay’s Center in Brooklyn during a Nets game. This was a tribute to him that brought the crowd of thousands to a standing ovation.

His personal life was focused on his family – his grandchildren and great-grandchildren gravitated to him, just to be around him was special! He loved family gatherings – singing, playing, holding the little ones. He cared about each of their lives and they learned many life’s lessons and love from grandpa.

We were lucky to celebrate John’s 95 th birthday at The Golden Gate where he was surrounded by those who’s lives he had touched. We thought that dad would have more time despite his age, because to everyone who knew him he was ageless! He related to young and old and loved everyone he met.

John was an icon and legend in Brooklyn. In his humble way he wondered: Why him? He only operated a fruit and vegetable store. But he was much more – father, grandfather, great-grandfather and confidante, companion and friend to so many.

In lieu of flowers, donations can be made
in John’s name to:

A Memorial mass and celebration of John’s life will be
held on Saturday, September 12, 2020 at 10:30 AM
at St.Thomas Aquinas Church (Flatlands).

The Cortese Family would like to acknowledge our appreciation for all the love, prayers, condolences and support you have given us during this sad and difficult time. The hundreds of text messages, e-mails and phone calls and the thousands of messages and notes on social media have certainly given us comfort.

The following is a compilation of just some of what was expressed to us by his “Golden Gate” family. It is a tribute to our dad, the man he was and how he touched the lives of those who knew him. He could turn a person’s darkest day to be as bright as the sun... We are better for having known him... Among the best I have ever known... A joy in my life... They don’t make them like him anymore... Loved by many, admired by more... A true American patriot... the end of an era ... Full of life... Pure joy spending time with... Grandfather I never had... Inspiration to anyone who met him... Bright light in the lives of so many... A Marine Park and Brooklyn legend... A man loved by so many ...A hero both on the battlefield and to his family ... Incredible example of values... Flatbush Ave. will never be the same... A joy to be around... An incredibly kind, sweet and funny gentleman... A mensch... The kindest man I ever met... One of the last MEN this country will have... I’m heartbroken... I’m devastated... He was a wonderful gift to so many people ... He influenced an entire community over three generations ... Made me proud to be a Brooklynite... Delightful... Enjoyed life as much as anyone... I loved him so much... the last of the Greatest Generation ... Amazing, one of a kind... Privileged to have known him... He had a beautiful kind, loving and giving soul ... A huge loss for Brooklyn... One in a million... I cried my eyes out...A shining star... Always a story and a smile... An inspiration and Godsend to the world, especially Brooklyn... A good, good, good man... He is eternal because his life touched so many others...I will never forget his wonderful smile ... The guy was a hero... The man made you feel like you were the center of his day... He loved and cared about people more than anyone I have ever known... A life well lived...When in his presence, you weren’t just a friend, you were family!

From our family to you... Thank you all and may John rest in peace.

John A. Cortese, aka "John, Golden Gate," passed away from natural causes at home, surrounded by his children, on Sunday morning, April 19th.  He was 95 years old.  He truly exemplified "The Greatest Generation."

John was born in Brooklyn and remained a lifelong resident.  He would tell the story that upon High School graduation, he held his diploma in one hand and his draft papers in the other.  He served our country during WW II in The United States Army, 551st Artillery.  He landed on Omaha Beach in mid-June, 1944.  He served in England, France, Germany and Belgium.  Whenever anyone acknowledged, honored, or thanked him for his service, he would always say: "Honor the guys who never made it home, they are the true heroes."

John was a fixture in the Marine Park neighborhood for over 80 years.  Anne and John raised their family and were active parishioners of Saint Thomas Aquinas, where dad was a member of the Holy Name Society and an usher at the 11 o'clock mass for over 50 years.

John is best known as the owner of The Golden Gate Fruit and Vegetable Market on Flatbush Avenue.  His store was more than a job: it was his life's work and a beacon of uncommon kindness and unity in a sometimes hurting world.  The fruits and vegetables were delicious, but in later years took second place, as most customers and passers by came to see John.  It was said: "When I need kindness in my day, I find my way to John."  He was a treasure trove of recipes, song, and of WW II and neighborhood history.  John worked five days a week, until March 7th, when he agreed to close until the corona pandemic passed.  God had other plans!

One longtime customer put it perfectly: "When great men pass, they leave behind footprints in the sands of time for us to follow."

Dad would say to us: "I don't know what I'd do without you."  Now we have to figure out how to do the same.

Share Your Memory of
John
Upload Your Memory View All Memories
Be the first to upload a memory!