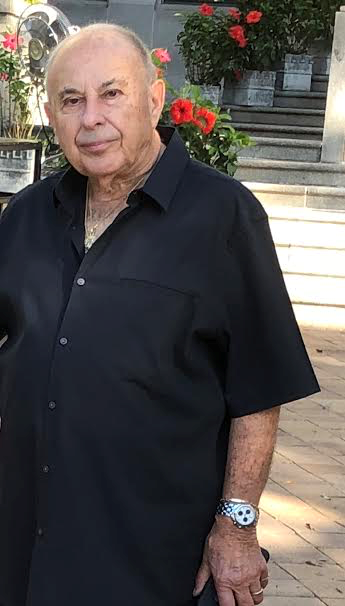 It is with the deepest sadness the Carriero family announce the loss of Carmine Carriero, age 80, of Brooklyn, New York. Carmine Carriero was the beloved Husband to Concetta ‘Connie’ Carriero. Together they had almost 61 wonderful years of marriage. A life together that was an inspiration for true love. Carmine leaves behind his three children, Carmine Jr. (Anita) Carriero, Domenic (Dominique) Carriero, and Angela (Steven) DePace and was pre-deceased by his second son Gerard at 9 months old. He had six incredible grandchildren Danielle (Miguel) Da Costa, Lindsay, Carmine III, Juliana, James, and Salvatore, and two beautiful great-grandchildren Lily and Laila.

No time with Carmine was ever enough, as his smile was infectious. His mischievous ways, inside jokes, and endless laughs ensured everyone who knew him, loved him.

A memorial mass in honor of Carmine Carriero will be announced in the upcoming months.

Share Your Memory of
Carmine
Upload Your Memory View All Memories
Be the first to upload a memory!