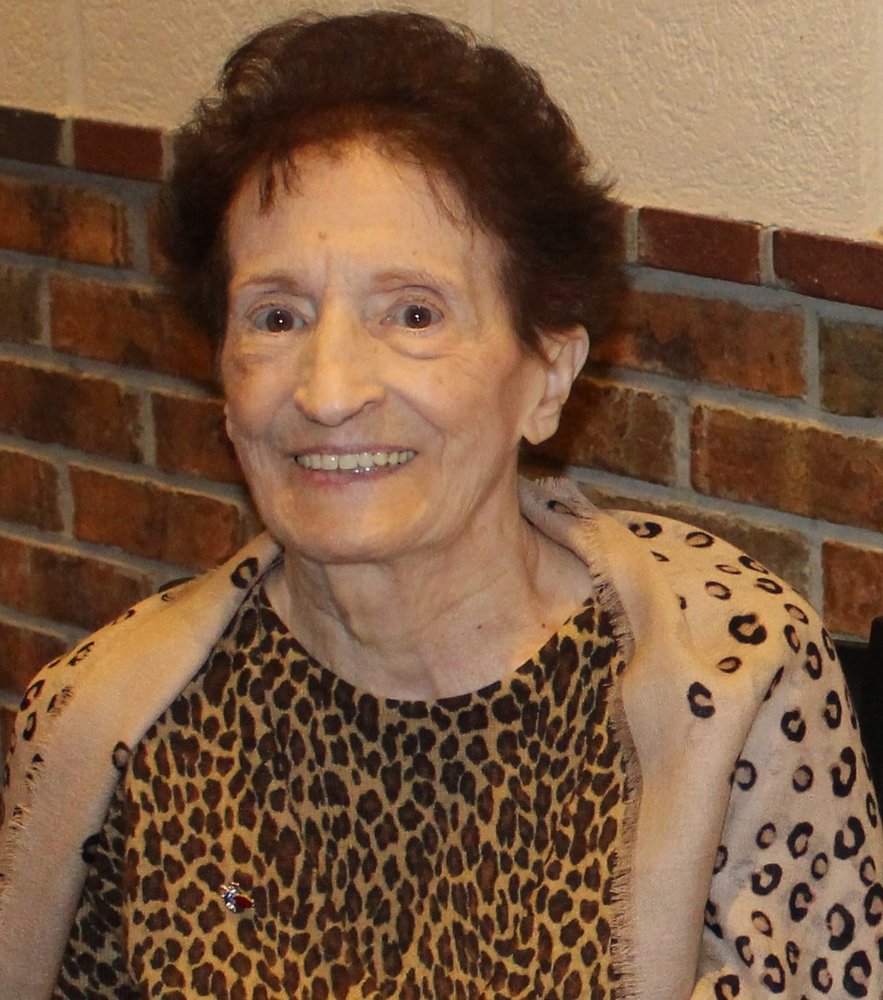 Agatha Fina was born in Harlem, New York City on January 19,1927 to Italian immigrants "Carmela and Joe" and died on April 4th, 2020 in her home in Brooklyn with her daughters by her side.

Agatha grew up on East 108th Street with a large extended family of aunts, uncles and cousins. She attended St. Ann's Elementary School and Julia Richmond High School where she became a shorthand and typing wiz, skills she used after graduation and again years later as a legal and medical secretary and administrative assistant.

She married Tommy Fina on September 10th,1950 and moved to Brooklyn to raise her family. Tommy was the love of her life as she was the love of his. They shared the joy of having two daughters and the sorrow of losing an infant son. Sadly, Tommy was taken from her and his family before their 18th wedding anniversary when they were both only 41 years old. She missed him every day since. She would always say that when she eventually crossed over to the other side, he wouldn't recognize her because she was so much older than when they were together in life. But we know they are together, now and for eternity, in each other's loving arms.

The Matriarch of the family, she will be remembered as a fashionista with a love of leopard prints and a passion for shoes, a storyteller and conversationalist with a quick wit who loved attention and was entirely devoted to her family. She also was a wonderful listener and always available to give advice when needed, whether it was asked of her or not. Prior to sharing her words of wisdom and experience, she would often say, "You might not want to hear this", but she would tell you anyway. She was almost always right.

Agatha was not the typical Italian mama. She didn't really know her way around a kitchen. She had her mother to do the cooking for many years and then her daughters made sure she was well fed after that. She loved to eat out and was no stranger to calling out for Chinese food.

She loved theater, reading and watching TV, particularly all the reality shows. She loved children, especially babies and would watch every baby show on television.

Agatha was known by various nicknames including Ag, Aggie, Agster and DaDa. By any name, she was loved and admired by all who knew her for her elegance, kindness, generosity, and the amazing strength she showed throughout her life.

In addition to her beloved husband, she is pre-deceased by her infant son Thomas, parents Joseph and Carmela DiPietro and her brothers Anthony (Sonny) and Joseph and their wives, her brothers in law Vincent, Victor and Joey, her sister in law Connie and her husband Vinny.

Agatha is survived by her loving daughters Maria Vourlides (Mary Linda) and Carmela Aiese (Carmelisa), her son-in-law Louis Aiese, her grandchildren Thomas Galan and his wife Nicole, Jessica Davoli and her husband Michael, Michael Aiese and his fiancee Allison, Joseph Galan and his wife Kim, Maria Aiese and her fiancé Pedro and Victoria Aiese. She leaves six great-grandchildren, Jackson, Michaela, Rocco, Ellis, Gabriela and Hunter and is also survived by her brother in law Ovidio Fina, his wife Patricia and many loving nieces and nephews. She loved them all with every ounce of her being.

Aggie was very devoted to the Blessed Mother. She said the rosary every day and would pray the Hail Mary over and over every night before going to sleep. Please say a Hail Mary in her honor and for the people all over the world who need prayers today.

Aggie will be laid to rest with Tommy on Good Friday, April 10, 2020 at St Raymond's Cemetery in the Bronx. Unfortunately, due to the current health crisis, this will be a private service with only 4 members of the immediate family. We will be having a Celebration of Aggie's life sometime in the future when we can gather together to pray, share our grief, share our joyful stories and share a meal in her honor. Details to be announced at a later time.

Memorial donations may be made to her favorite charity:

Share Your Memory of
Agatha
Upload Your Memory View All Memories
Be the first to upload a memory!