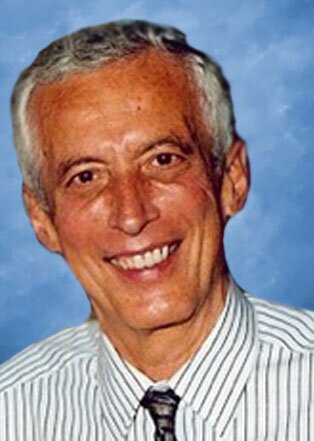 Please share a memory of Benedetto to include in a keepsake book for family and friends.
View Tribute Book

Ben, as he was known by his friends, was born and raised in Brooklyn. He grew up on East 8th Street just off the corner of Church Avenue in a simple two-story, two family home. The small home was shared by his parents Francesco and Angelina who emigrated from the town of Bitetto in southern Italy in the early 1900s, and his siblings. Ben was the youngest of six children, his brothers Salvatore and Frank and his sisters Pasqua, Domenica, and Angelina.

Ben was a bright athletic child, who starred for the Immaculate Heart of Mary CYO basketball team. He graduated from Erasmus High School and was recruited to play basketball at St. Francis College. While at St. Francis he discovered his passion for literature and writing which in turn led him to his life’s calling as a high school English teacher. He taught at Erasmus, Boys High and Cardozo, in total for over thirty years.

Ben raised five sons, Paul, Roy, Glenn, Scott and Neill. He remained passionate about sports throughout his life and he passed on both this and his love of literature to all his boys. Ben ran several marathons and always kept himself in great shape. He loved to throw a baseball with his sons on warm summer days. At times he would take them to the schoolyard and proudly demonstrate his graceful but antiquated hook shot on the basketball court. He always insisted on good grades and proper grammar from his boys. He loved to talk sports and books, favorite players and favorite authors.

Later in life Ben found his true love, Elizabeth Carlton. Liz and Ben were married in the late 1990’s and were the happiest of newlyweds. For years they traveled the globe, spent time with friends, served their community in Culpeper, Virginia and attended weekly services and Precious Blood Catholic Church. When Liz became ill and physically challenged, Ben never left her side. After she passed away he continued to live in their Culpeper, Virginia home for a number of years, quietly mourning her passing and always feeling her loving presence in his soul.

Ben lived the end of his life comfortably in a beautiful community for seniors in Danbury, Connecticut. He was frequently visited by his sons and grandchildren. Even as he struggled with physical decline, he remained sharp as a tack mentally to the very end. He asked after his grandchildren and closely followed his sons’ career developments. To the end, he was a teacher and a father. He cared deeply about his boys and he will be profoundly missed.

Even as Ben’s sons struggle to figure out how to go on without Pop, they are committed heart and soul to carrying on his legacy by loving family, serving the community and living life to the fullest.

Share Your Memory of
Benedetto
Upload Your Memory View All Memories
Be the first to upload a memory!
Share A Memory