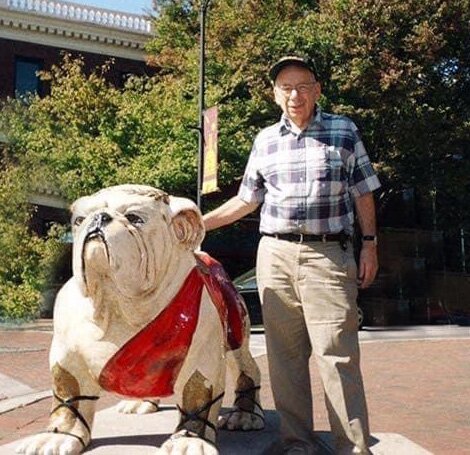 Obituary of Leonard B. Siegel

Please share a memory of Leonard to include in a keepsake book for family and friends.
View Tribute Book

Leonard Bernard Siegel (Lenny) passed away on Saturday August 13th, 2022 (one day prior to what would’ve been his 94th birthday).

Lenny was a devoted son to Esther and Morris; he later became a loving husband and proud father.

Lenny was predeceased by his beloved wife Beatrice (Bea) in 2002, and his brother Jerry in 2016.  Lenny is survived by two sons (Martin and Andrew).  Lenny’s daughter in-law Maureen (Andrew’s wife) predeceased him in 2019.

Lenny was born and raised in New York, having graduated from Newtown High School in 1946.  From there, he spent several years in the United States Army (including a stint in Italy).  Upon returning stateside, Lenny attended and graduated from the University of Georgia in Athens, Ga (class of 1955).

Lenny worked for 32 years for Domino Sugar in the Williamsburg section of Brooklyn.  Lenny had a passion for sports (especially baseball and football), old movies, and reading.  He was always proud of his University of Georgia background, and after Bea passed away in 2002, Lenny moved back to Athens, where he made new friends and enjoyed the rest of his life.

Share Your Memory of
Leonard
Upload Your Memory View All Memories
Be the first to upload a memory!
Share A Memory