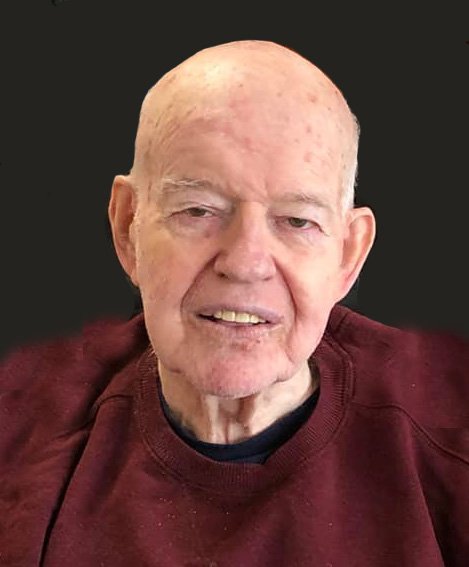 Please share a memory of William to include in a keepsake book for family and friends.
View Tribute Book

Bill Endall spent his formative years  in the Marine Park section of Brooklyn,graduated from Good Shepherd Catholic School, Brooklyn Preparatory High School, and earned a Bachelor's degree from Long Island University. He married Dorothy Vitale in 1962 and moved to one of the busiest blocks in Brooklyn, Coney Island Avenue, where over the next 25 years they raised 3 children. Bill enjoyed working in downtown Manhattan at Western Electric, tending to his  pool, and making the evening pitstop at the nearby OTB. He was a devoted and loving father and husband.  Bill and Dorothy eventually settled and lived for many happy years in the New Springville section of Staten Island. There he enjoyed taking walks with his son Eddie, and spending time with his grandchildren. A short lived but memorable job Bill took, was working as a Sergeant at Arms at City Hall in Manhattan. A true history buff, Bill loved giving tours of City Hall to school groups.

While attending Brooklyn Prep, his love for the Brooklyn Dodgers bloomed as he caught many games at  Ebbets Field and developed a lifelong admiration for Gil Hodges, for whom he personally advocated to receive recognition as an inductee into the baseball Hall of Fame. It was a magical day for Bill when he learned of the news in 2021 that Gil was inducted. Bill felt a great sense of joy and satisfaction.

Bill is survived by his wife, Mrs. Dorothy Endall, 3 children, 6 grandchildren, and 4 great -grandchildren and by his brother, Peter. In the words of Bill’s hero Gil,  “Just do the best with what you have, and soon you’ll be doing it better”.   Rest in Peace, Bill Endall.

The Wounded Warrior Project by clicking the link provided, http://support.woundedwarriorproject.org/

Share Your Memory of
William
Upload Your Memory View All Memories
Be the first to upload a memory!
Share A Memory