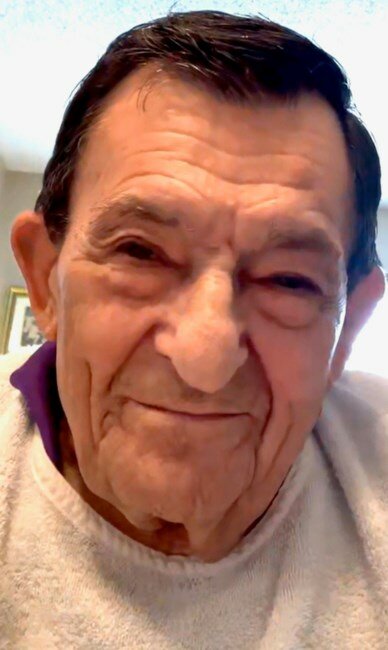 Michael M. Somma passed away peacefully on October 14, 2021, at the age of 94, at Countryside Assisted Living Facility in Port Orange, Florida. He was born in Coney Island, Brooklyn, New York, on July 28, 1927. He was the only son of seven children born to Salvatore and Louisa (Cacace) Somma. Mike is survived by his sister, Laura Conte of Binghamton, NY, and by his former wife, Rosemary Somma, of Brooklyn, NY, and their four children, Linda Berger (Douglas), of Brooklyn, NY, Jan Jones (William) of Ormond Beach, FL, Michael S. Somma, Jr. (Kathy), of Brooklyn, NY, and Rosemary Somma also of Brooklyn, NY. He is also survived by six grandchildren, William Jones (Erika), Victoria Jones, George Jones, Elizabeth Berger, Michael Berger (Carley) and Caroline Berger, as well as four great grandchildren, Henry, Harper and Jasper Jones, and Tessa Laura Berger. Mike proudly served his country during World War II in the Navy. He was the former President and Co-Founder of Metra Electronics Corp. of Brooklyn, NY. He relocated the company to Holly Hill, FL, in 1986. Mike enjoyed skeet and trap shooting and riding his Indian and Harley Davidson motorcycles from a young age. He was an avid outdoorsman enjoying boating, fishing and golfing. He also enjoyed bowling and playing poker. However, his greatest passion was working. He was a Third Degree Mason of the Sheepshead Bay Lodge, no. 1061, a member of the Italian American Club of Palm Coast.

Eternal rest grant unto him, O Lord, and let perpetual light shine upon him. May Michael's soul and all the souls of the faithful departed, through the mercy of God, rest in peace. Amen.

Mass of Christian burial will be held Wednesday, November 17, 2021 at 9:45 AM at St. Bernard's Roman Catholic Church.

Please take advantage of the Tribute Wall tab to express your compassion and condolences over Michael's passing.

For those who wish to send a floral tribute to the wake service, please call Floral Fantasy Florist at: 718-238-6978 or CLICK HERE to be directed to their website.

Share Your Memory of
Michael
Upload Your Memory View All Memories
Be the first to upload a memory!
Share A Memory