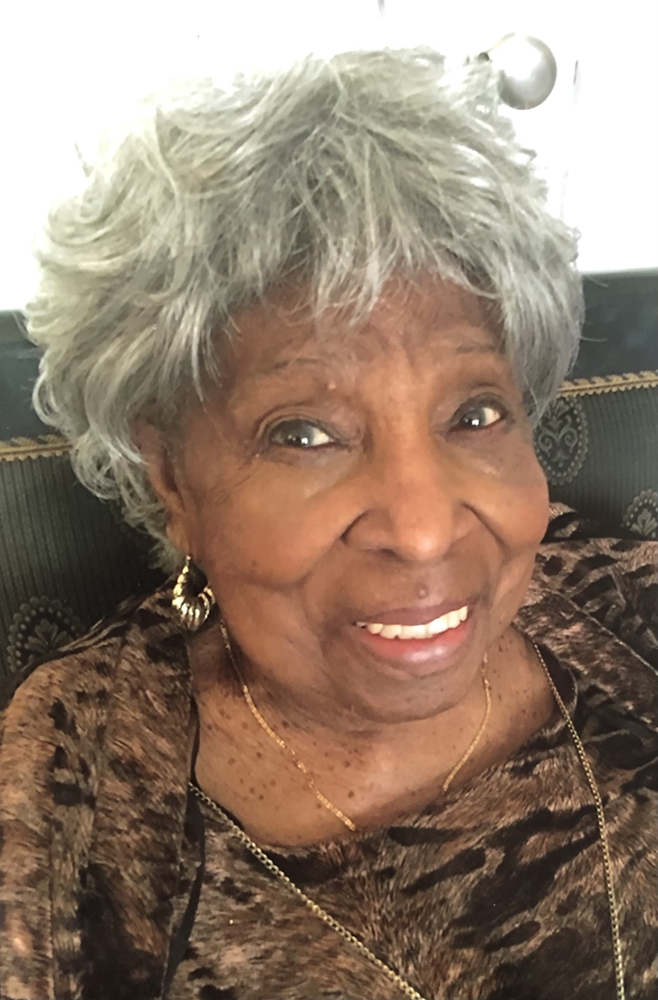 RAPHAELITA ROYE was born in Jamaica, W.I. to Nathaniel and Catherine Fowles on September 12, 1921. She attended school in the West Indies and later married Rudolph Roye her childhood sweetheart. They migrated to the United States where she pursued a career in the field of Nursing.

Raphaelita worked as a nurse at Adelphi, Greenpoint and Woodhull Hospitals for over 25 years.
Raphaelita Roye was a “front-line/essential worker” long before this distinction for health care workers became popular. Although she worked in the emergency rooms of three New York City hospitals, witnessing death, drama and despair, she treated each patient with compassion, empathy and dignity.
Raphaelita accepted the Lord at an early age and she shared her faith with her co-workers and patients.

Raphaelita loved to travel and shop. As a fashionista, she would stop at every yard sale and flea market and was the poster model for “Shop till you drop”. She had a great eye for a good bargain but most enjoyed selecting specific gifts for others. Her kindness had no boundaries.
Raphaelita was widely known for her culinary skills and her rice and peas is legendary.

She was filled with unlimited energy and vitality, never taking time to be still except to pray which she did continually especially for her children.

When Raphaelita was diagnosed with Alzheimer’s, (she who was the ultimate caregiver) now required help from the medical community.

Arlene (her eldest living daughter) became the nurse, advocate, and help-agent for over 10years. Arlene sought after the best in-home aides and managed her care until she transitioned to be with her Heavenly Father.

Raphaelita was blessed with great home-attendants and she respected them. They valued her which was demonstrated in their care.

She is survived by her five children; Arlene, Sandra (Harold son-in- law), Kevin, Tony and Andrew.

Her husband Rudolph Roye and eldest children Earl and Valerie Roye preceded her in death as well as her 15 siblings.

The special loves of her life were her 12 grandchildren and her 20 greatgrands, numerous nieces and nephews…. who she absolutely adored.

The last few years of Raphaelita’s life was supported by Hospice Home Services.

Memorial Donations may be made to The Alzheimer’s Association in
honor of Raphaelita Roye. Please follow this link to make a donation online:
The Alzheimer's Association

The family wishes to thank everyone for the prayers, support, and encouragement displayed during Raphaelita’s journey. Our cup overflows with gratefulness.

Share Your Memory of
Raphaelita
Upload Your Memory View All Memories
Be the first to upload a memory!