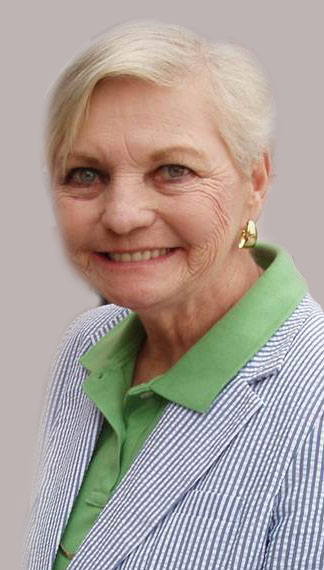 Catherine Veronica Taylor (maiden name O’Connor) – “Ronnie” – passed away on September 26, 2020.  She was born on June 5, 1942 in Brooklyn, NY, where she would live her whole life.  The daughter of Mary (“Molly”) (maiden name Gray) and Thomas O’Connor, she grew up in the Park Slope section on Windsor Place with her three siblings – older brother and sister, Bernie and Pat Mulvey (both deceased), and younger brother Tommy (who resides in Orlando, FL).  She practiced Irish step dancing with her siblings as a young girl, and attended school at Holy Name and St. Edmunds.

She married her husband Bill, a retired NYPD Assistant Chief, on September 14, 1968 at Holy Name church in Park Slope, with whom she had just celebrated her 52nd year of marriage.  They eventually settled in Mill Basin on Avenue T, where she lived for 48 years.

Although she lost her mother to cancer at a young age, she went on to become an exceptional mom to three sons, Billy, Michael, and Joseph. Billy, an NYPD Inspector, still resides in Mill Basin.  Michael, a Managing Director with Deloitte, settled in Boston.  Joseph, an NYPD Captain, resides in Pelham, NY.  She was always the “cool mom” to all their friends playing wiffle ball and basketball in their backyard.

She eventually became a mother-in-law to Kim and Sara – and she loved having daughters (although she always swore to her three sons that she only wanted boys!).

She went on to become a grandmother of five and she adored them all – Abigail, Charlotte, Isla, Owen, and Ethan.  Her son Mike recalls the most excited he ever saw her was when he first told her she was going to be a Grammy - she literally jumped with joy.  She will be an angel on their shoulders looking over them always, for the rest of their lives.

Wake services will be at Marine Park Funeral Home from 2-6PM on Wednesday, September 30, followed by a funeral service at St. Columba Roman Catholic Church at 10AM on Thursday, October 1.

In lieu of flowers, the family respectfully requests donations be made to the American Cancer Society - https://www.cancer.org/ .

The Taylor family invites those who can not attend the in-person visitation to join the prayer service via Zoom on Wednesday, September 30, 2020 at 3:00 pm.

Share Your Memory of
Catherine
Upload Your Memory View All Memories
Be the first to upload a memory!