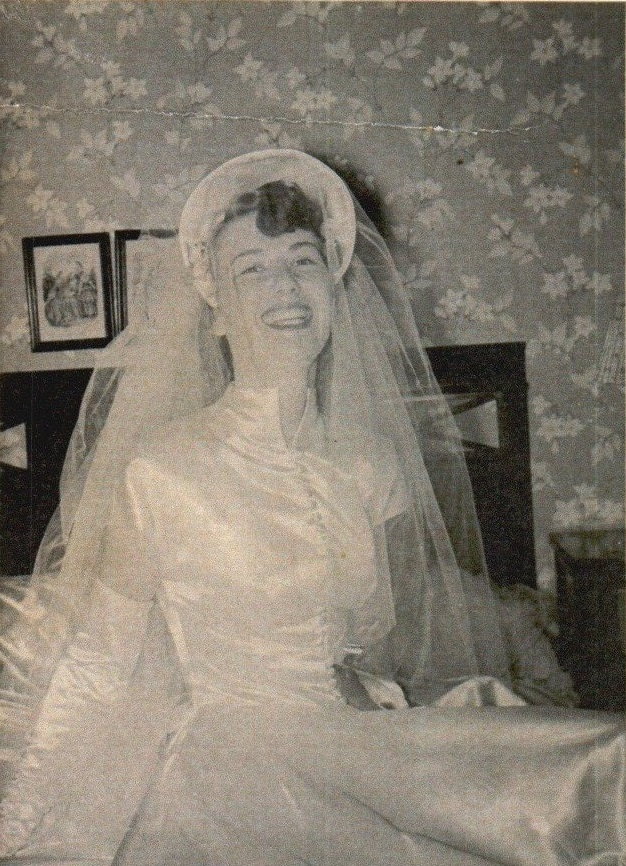 Dorothy (better known as Dot, or Doris) was born in Brooklyn on April 10, 1929, the daughter of Harry and Helen (Doyle) Hanvey. She attended Good Shepherd School and Catherine McAuley High School. As a young woman she worked for NY Bell Telephone Company. She was very proud of her accomplishments.

In 1950 she married William 'Billy' Lund at Good Shepherd Church. He was the love of her life. Together they raised a family. In later years he became seriously ill. She devoted herself to his care at home for 9 years until his demise in 1993. As a loyal communicant she always returned to Good Shepherd for baptisms and funerals, requesting that the family promise, that no matter where she lived, that she would be returned to Good Shepard for her final destination in life.

Her life was her family, specifically her husband Bill and children Elaine, Arden, and William (Chip) Lund. She was their driving force, always encouraging them to achieve their best. Though she did not achieve her educational goals she was an avid reader and maintained an extensive library at home.

She maintained an active social life, enjoyed dancing, cooking, and especially shopping. In her later years she delighted in visiting with her grandchildren and great grandchildren. Her home was always occupied with rescued felines, having a soft spot in her heart for wayward lost animals.

A special thank you to Carol and Jeanette Frame. As loyal friends they assisted her with everyday needs, in emergencies, and in later years in caring for her beloved cats. She was fiercely independent and could not have remained so, for as long as she did , if not for them.

A Mass of Christian Burial will be held on Tuesday September 8th at 9:45 am at Good Shepherd Roman Catholic Church in Brooklyn with burial to follow in Calverton National Cemetery.

In lieu of flowers please consider memorial contributions to the Chenango County SPCA or an animal rescue of your choice.

Please follow the social distance rule and masks are required.

Eternal rest grant unto her, O Lord, and let perpetual light shine upon her. May Dorothy's soul and all the souls of the faithful departed, through the mercy of God, rest in peace. Amen.

Please take advantage of the Tribute Wall tab to express your compassion and condolences over Dorothy's passing.

Share Your Memory of
Dorothy
Upload Your Memory View All Memories
Be the first to upload a memory!