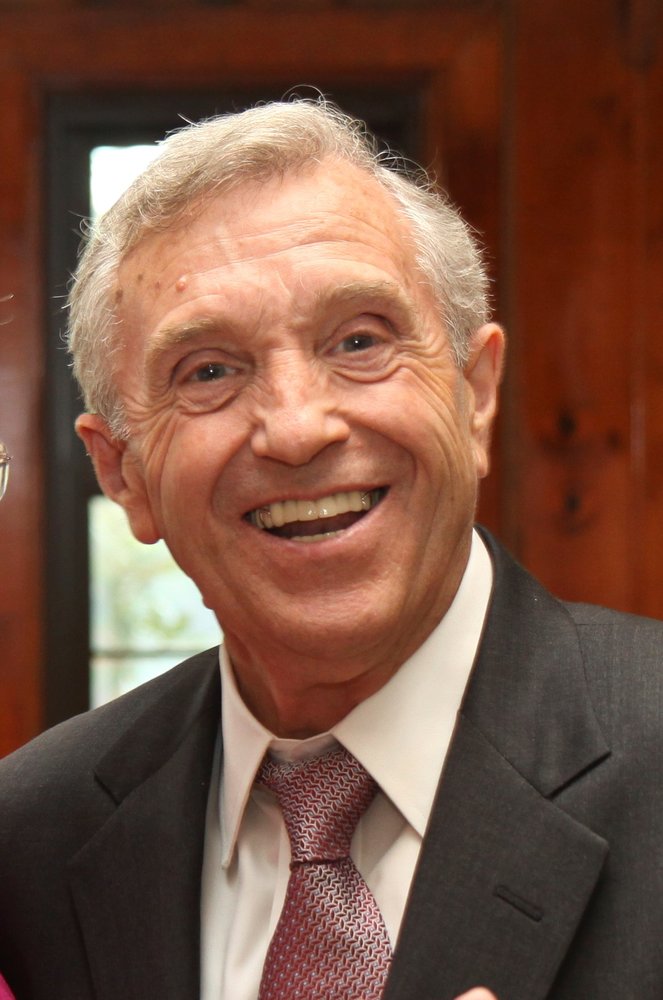 Pasqualino had a way with a story.  And he loved telling his family about his youth in Italy. One well loved story took place as he was walking home on a moonless night after a night out with friends. Back then there were no lights on Via della Cartiera, the road that his family lived on in the small hill town of Isernia. Luckily he knew every twist of the road, since on nights like this he couldn’t see his hand in front of his face and la Cartiera had no railings and a sheer drop to the rocks and fields below. Suddenly he bumped into a creature in the road. He froze, and his mind raced as he wondered what it could be. His initial shock and horror left him as he wondered, could this be Zio Girolamo? -- a close friend of the family who could sometimes be seen making his way home doubled over his cane when he’d had too much to drink at the cantina. He called out, “Is that you, Zio Girolamo?” And the response he got, a low drunken moan, would still crack him up over six decades later. Maybe you had to be there when he told the story, laughing the whole time and imitating Zio Girolamo. Pasqualino left us a lot of stories to remember him by, but they won’t be the same without him to tell them.

In the years after his run-in with Girolamo, Pasqualino served in the Italian Air Force, moved to the US, got married, ran factories, had four kids and seven grandkids, and always put his family first. He passed away on July 16, 2020 at the age of 86 and one half years old, exactly. He was the devoted husband to the late Amelia (Fantozzi) Iannone. He is survived by his children, Stephen, Patrick (Cristiana), Catherine (Manny), and Lisa (Mark), and grandchildren, Olivia, Gwen, Ruby, Anthony, Michael, Timothy, and Samuel, as well as his two sisters, Annamaria and Palma, not to mention lots of nieces and nephews and in-laws in Italy and the US.

Memorial contributions can be made to Cure Alzheimer’s Fund or Smile Train .

The funeral mass for Pasqualino will be held at St. Thomas Aquinas Roman Catholic Church at 10:30 AM on Wednesday, July 22, 2020. The committal will immediately follow at Ocean View Cemetery in Staten Island.

The funeral mass will be live-streamed for the family and friends who cannot attend. Please CLICK HERE to view the live-stream, or visit https://stthomasaquinasbrooklyn.org/.

Forever in Our Hearts

Share Your Memory of
Pasquale
Upload Your Memory View All Memories
Be the first to upload a memory!