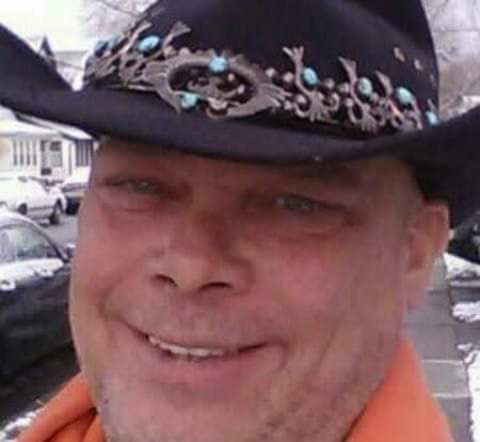 Karl Gerard Baberadt was born in Brooklyn, NY to the late “Buddy” (Ralph) and Joan (Condy) Baberadt. He resided in Marine Park his entire life surrounded by loving family, friends and neighbors.

He attended St. Thomas Aquinas Elementary School followed by Nazareth High School for a short time then transferred to James Madison High School and received his High School Equivalency diploma in under 4 years. He enrolled at Kingsborough Community College but later decided to pursue his passion for cooking and baking at the Culinary Institute of America.

Karl worked at CVS before employment at Kinney Shoe/Woolworth Corporation in downtown Manhattan as a Mailroom Supervisor.  He was quickly promoted to Corporate Expense Data Analyst and maintained that position for many years. After Kinney Shoe, he was a caregiver to his cousins’ three children, where he developed a special bond that lasted throughout his life. He was later employed by Catholic Charities as an Account Clerk. Caring for and helping people came naturally to Karl. He took great pride in his responsibilities as a Patient Transporter at Beth Israel Medical Center-Kings Highway in the Ambulatory Surgery Department.

Karl was a lover of all things, people, animals, nature and experiences. He loved summers at Breezy Point Surf Club with family, cousins and friends on the Old “E” Court. He loved spending time diving in the pool and ocean waves. He was an avid swimmer. At Madison, he had set a longstanding record during one of his swim competitions…a moment he would never forget. He looked forward to annual holiday gatherings, family picnics, block parties, back yard and pool parties, or any kind of party that brought people together.

He enjoyed dancing, all kinds of music, concerts, theatre and stage performances. Time after time he baked delicious melt in your mouth chocolate chip cookies and cheesecakes, to give as gifts. He was a kid at heart. He was a boy scout. He loved the outdoors, camping and building a good roaring fire to share with others.  He loved critiquing while people watching in New York City, Riis Park, and Coney Island. He loved spending time on the Coney Island Boardwalk, having been an enthusiastic fan of the Annual Mermaid Parade on Surf Avenue, as he enjoyed watching anyone who could just “Be themselves” regardless of what the world thought or had to say.

He was a man of intelligence with firm opinions, strong passions, extreme emotions, and a tremendous love for humanity. He was truly proud to be an American, always displaying the American Flag in honor of our nation. He had great pride in being a 3rd generation resident of the original Baberadt homestead.  Marine Park was Karl’s neighborhood, his block was his home, and his neighbors were his people. His was so proud to call Brooklyn and the city his lifelong home.

Karl has been welcomed home into the arms of the angels and is now reunited with his parents, aunts, uncles, cousins and friends that have gone before him.  He had a heart of gold and everyone had a special place in his big heart. His bigger than life personality, his zest for life, his kindness and hearty laugh will be missed. Karl leaves behind his sisters Ellen Baberadt, his biggest supporter for the past 17 years, Donna Baberadt, Carol MacBride and brother-in-law Kevin and his nieces and nephews Adam Baberadt (Godson), Erin, Kevin and Colleen (Goddaughter) MacBride. As well as a long line of relatives across the country, an amazing circle of new and lifelong friends, and neighbors, both young and young at heart.

Karl, on your final journey we pray you find true comfort and serenity, as a totally free spirit among the waves following the rainbow to a life of eternal joy and restful peace.

We thank you all, for you love, support and understanding as we mourn our brother’s passing during this pandemic. We would appreciate your taking advantage of sharing memories with us on his memorial wall.          With our gratitude and love,

A Celebration of Life will be held at a much later, safer date. Plans for a proposed gathering in Karl’s honor will then be communicated to family and friends. If you would like to be notified please be sure the Family has your contact information.

Cremation will take place at Greenwood Cemetery on May 27th, 2020

Share Your Memory of
Karl
Upload Your Memory View All Memories
Be the first to upload a memory!