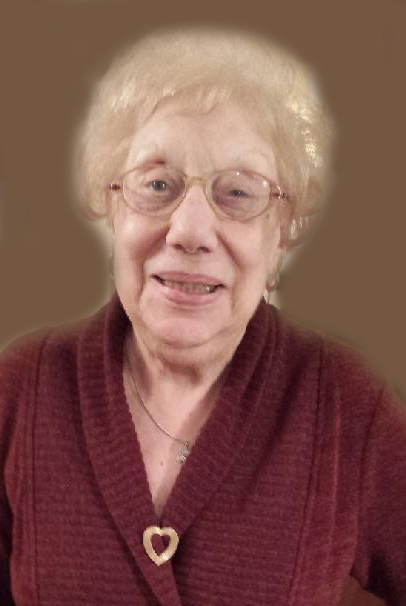 Obituary of Sophie A. McNeill

Sophie Alice McNeill passed away on April 26th due to complications from the Coronavirus. She is predeceased by her 1st husband, Arthur Oelz, a jewelry-maker, and by her 2nd husband, Victor McNeill, a WWII veteran.

Sophie was born to George and Mary Conti in Brooklyn, New York and was part of a large extended family. Saturday nights were spent at the house of her grandparents, Salvatore and Serafina Conti along with 12 aunts and uncles. There was good food plus entertainment by several uncles who played instruments and sang. She attended Girls Commercial High School and as a member of its softball team had the good fortune to receive some training with Lou Gehrig and use of Ebbets Field. Sophie was an avid Dodgers fan, and regularly attended games at Ebbets Field with her father and sister, Millie. In later years, the family forgave her when she switched her allegiance to the Yankees.

After graduating from high school, Sophie began working at Faesy and Besthoff, a chemicals manufacturing company initially based in NYC. It was nearing the end of WWII; Sophie secretly managed weekly shipments of a water treatment chemical that she subsequently found out were used during the development of the Manhattan Project. She spent her career with the company wearing many hats, and when the company moved to New Jersey, she followed, settling in Palisades Park with her husband Vic. In the 2000s, when the company relocated to Connecticut, they graciously provided her with transportation until she retired in 2004 at the age of 78.

Central to Sophie's life was a commitment to her faith. She was an active member of St Michael's church in Palisades Park, as a Eucharistic minister, providing religious instruction and singing in the choir. Additionally, she was a member of the Ladies Auxiliary of the Knights of Columbus and a lay member of the Third Order of St. Francis.

Sophie was a strong, independent woman. She dressed sharply, and inherited a love of music and singing from her family. She was a dedicated aunt who never forgot a birthday or holiday, and was generous to her many nieces, nephews, great nieces, great nephews and great-great nephew. She loved to travel with her friends from St. Michael's and ventured on trips to religious sites.

After living alone for many years, Sophie agreed to leave the New Jersey apartment she called home for over 40 years, and moved back to Brooklyn in 2016 to be closer to family. Resilient as ever, she acclimated herself quickly, and thrived – taking advantage of activities and social events. She continued to wow the family with her colorful outfits, and never missed a holiday or birthday celebration.

Sophie is survived by her beloved sister, Mildred Ricciardi, 7 nieces and nephews, 7 great nieces and great nephews, and a great-great nephew, along with many cousins. We were blessed to have her in our lives and she is dearly missed.

Due to the current situation, a memorial to honor her love and legacy will be held at a later date, when we can gather together. In the interim, donations may be made in her memory to

Share Your Memory of
Sophie
Upload Your Memory View All Memories
Be the first to upload a memory!