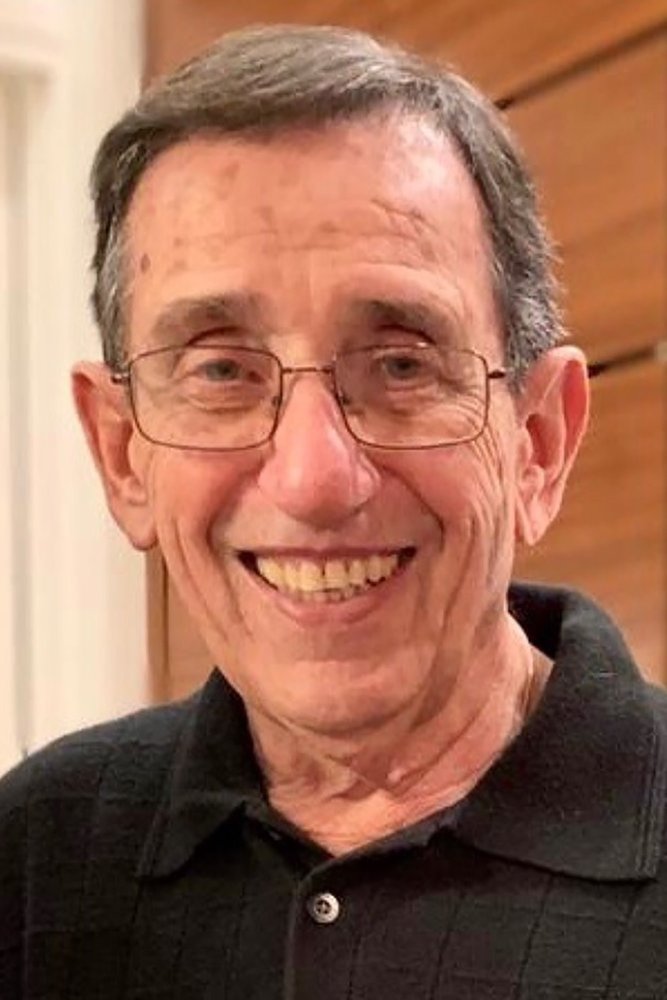 A first generation American born on September 4, 1940, Ed lost his battle at home with COVID-19 on April 14, 2020. He was the childhood sweetheart and adored husband for over 60 years of Paula (nee Pauline Dalton). Ed was the cherished father of Lynne (John Lonie) and E.J. (Maysa Perez); treasured grandfather ("Bubba") of Gabriella, Eddie Joe, and Andres, and triplet siblings John, Emily and Patrick. Ed leaves a sister Ellen Quackenboss in Florida and nieces Tina Silverio in Massachusetts and Michelle Jacks in Illinois.

As a classic Brooklyn kid, he spent his childhood days in Coney Island leaping from the Steeplechase and devouring hot dogs from Nathans and pizza from Totono's--he enjoyed the latter two all his life. For Ed, everything about Brooklyn and NYC was great! He was infatuated with its history, loved fishing in its bays, and was a proud ambassador. Often, he would bring Brooklyn bagels and Junior's Cheesecakes to sales meetings in other cities such as Philadelphia or Los Angeles. To host any clients in NYC, especially out-of-town guests, his go-to restaurant was Sammy's Romanian Steakhouse. With his family, it was knishes at Yonnah Shimmel, pastrami at Katz's (maybe a hot dog to take the edge off while in line), or dim sum in Bay Ridge.

After graduating from Brooklyn Tech, he became a certified technician for Johnson Outboard Motors, repairing boat engines at Pete's Marina on the Sheepshead Bay waterfront, while attending Pace University in the evenings to earn his bachelor's degree in business. He was both extremely mechanical as well as a sharp businessman. He didn't start his day until finishing a large black coffee as well as digesting the complete print editions of both the New York Times and Daily News.

Ed was the best joke teller and loved the average person. To all, he made each one of us feel welcomed, cared for, and special. Ed lived an outsized New Yorker life. He was born and raised in Sheepshead Bay, moved to Marine Park to raise his own family, taking on a mega single-handed home renovation, and lived the duration of his retirement in Belle Harbor.

Ed started his professional career with Standard Register in Manhattan, wearing a required fedora, after which he was at Best Foods selling products such as Hellman's Mayonnaise directly to grocery stores across NYC. He then transitioned into pharmaceutical sales for GlaxoSmithKline calling directly on doctors' offices, hospitals and wholesalers. Ed culminated his professional career as a sales executive, building Amgen's national sales team before retiring. For his retirement hobby, Ed sold residential solar systems throughout NYC. Selling was his passion and challenge.

In addition to Ed's devotion to his family, friends and neighbors, he prioritized community involvement and directly supported many Catholic organizations. Throughout his service, he was an active community member and was recognized for outstanding contributions to the New York Firefighters Burn Center, Marine Park Civic Association, Brooklyn Community Board 14, 63rd Police Precinct Council--including founder and leader of their teen Explorer group as well as an auxiliary police officer--and activist preventing the closure of Brooklyn's Community Hospital. He was one of the initial founding members of the Flatlands Volunteer Ambulance and First Aid Corps, Scoutmaster of Boy Scout Troop 172, and other senior council positions for over a decade including spending summer weeks at Ten Mile River Scout Camp and earning the Bronze Pelican Award. He proudly served on the boards of the Brooklyn Historical Society and the New York State Council of Health-system Pharmacists.

For his devotion to the Catholic Church, Ed chaired the first opening of Catholic Charities Flatlands Guidance Center; and, served on the parish councils for Saint Thomas Aquinas and Saint Mark, boards of Midwood Catholic Academy, Saint Edmund Preparatory High School, and Saint Mark Catholic Academy, second generation member of the Knights of Baron De Kalb and active officer of the Flatlands Lions Club--also an excellent annual Santa for visits to Brooklyn nursing homes and schools. Ed was a dedicated Knight of the Holy Sepulchre of Jerusalem.

Perhaps his greatest mark on earth was his loving partnership with his wife. They were the "Ed & Paula" team who persevered even during their most difficult challenges, such as a full hit to their home and neighborhood by Superstorm Sandy. After the storm, they stayed in their home without electricity or their home heating system, keeping an eye on the homes of neighbors and feeding relief workers. Even in the golden years of their marriage, it was not uncommon for them to be seen holding hands just walking down the street. Together as "Nana and Bubba", they never missed a performance for their grandchildren, including when invited to out of state college events. As a combined life's work, Ed and Paula adopted the Brooklyn order of the Catholic Contemplative Nuns, Servants of the Lord and the Virgin of Matara at the Monastery of Saint Edith Stein, and provided endless support through sustenance, dedicated service and selfless love.

On the night of Ed's passing, over 60 of his caring Bell Harbor neighbors paid tribute to his kindness with a candlelight ceremony. As a grand finale, a neighbor sang "How Great Thou Art" in Ed's honor. The family has requested all giving be directed to the Ed Antonio Memorial Fund, Servants of the Lord and the Virgin of Matara, Monastery of the Precious Blood, 5400 Fort Hamilton Pkwy, 54th St. entrance, Brooklyn, NY 11219 or through https://ssvmusa.org/index.php/support/.

Share Your Memory of
Edward
Upload Your Memory View All Memories
Be the first to upload a memory!