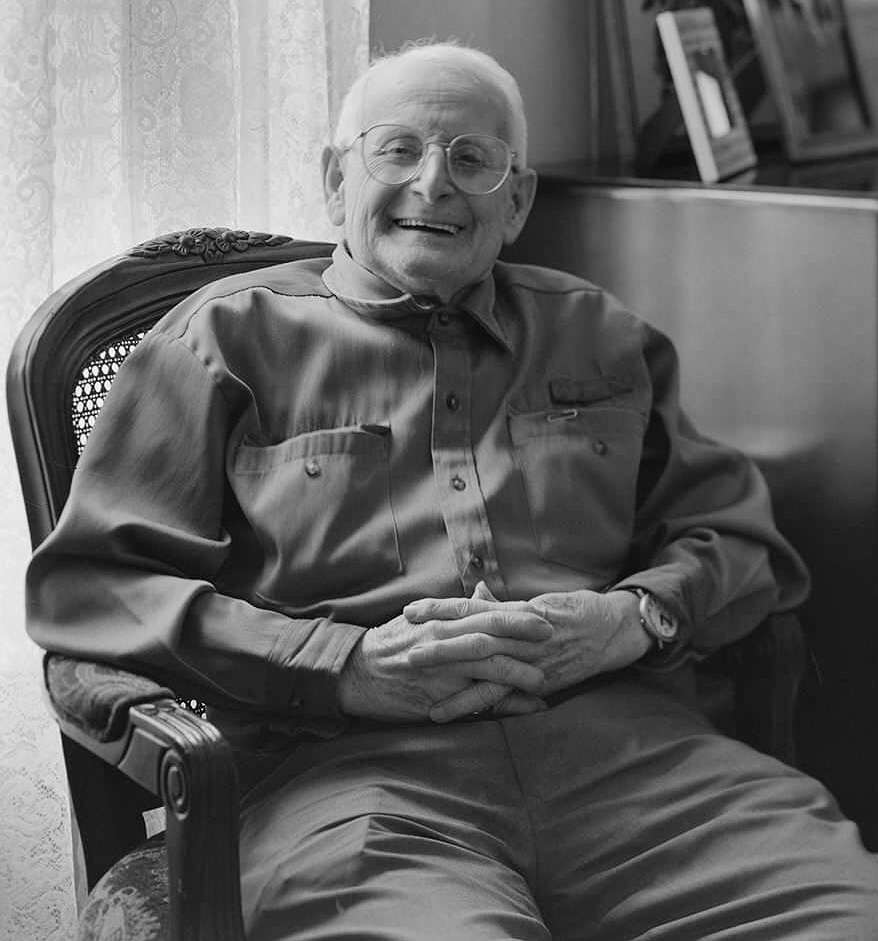 On April 7th Charles Albert Ricciardi died peacefully in his home, surrounded by the love and devotion of his family.
Charlie was born in Scranton Pennsylvania in 1922.  As a child his family moved to DeKalb Avenue in Brooklyn and he graduated from Boys' High.  When his education at St. John's was interrupted by World War II, he volunteered in the Army Air Corp and worked as a weather specialist.  After the war he completed his bachelor's and started working for Allstate Insurance Company while working on his law degree.  For over 40 years he held many positions of prominence with the company including attorney, office manager, and senior claims specialist.  Charlie was legendary, highly respected and loved by his co-workers, many whom remained life long friends.  He was affiliated with the Columbian Lawyers Guild and honored with an award for 50+ years membership.  When the Dodgers left Brooklyn Charlie became a life long Mets fan and many were the times he would be in the living room yelling at the TV.
Surely the high point of Charlie's life came when he met and married his beloved Millie in 1949.  Their's was a true partnership stretching beyond 70 years, based upon a deep love, understanding and mutual respect for each other.  Anyone who has had the pleasure of seeing Charlie and Millie gliding across a dance floor can testify to how well they worked together.  They balanced each other; Millie, the enthusiastic, optimistic cheerleader and Charlie supplying the quiet practicality that helped them achieve their dreams.  Both Millie and Charlie were tireless in their pursuit of the life they were building together.  In 1952 they bought a house on New York Avenue that would become home central for Ricciardi family life.   That life grew to include children Barbara, Elizabeth, Claudia, Robert, Kenneth, Linda and Christopher.  Later on there would be grandchildren Sean, Will, Claudia, Rebecca, Kevin, Andrew, Jane, Charlie and great grandchild Nicholas.
Central to their life was a deeply rooted and firm belief in their Catholic faith.  They joined the parish of Our Lady Help of Christians Church and became active members.  In 2010 Millie and Charlie were honored by the parish with a special service award named in their honor, that included a mass and reception.  Recovering from a life threatening illness and in a wheelchair, Charlie was the pride of our family and an inspiration for all who attended.
Perhaps most central to Charlie's beliefs was his love for his family; family always comes first.  Whether it was passing up a lucrative promotion because it came with a disruptive relocation, or somehow creating mountains of presents on Christmas mornings, or being able to find the perfect, simple words to comfort one of us, we were shown by example how to love one another.  At the end, he allowed himself to go after Barbara assured him we would always be there to take care of Mom and each other.  That is what we will do and that is how we will be able to go on, because of who he was, how much he was loved and what he taught us.
Due to current restrictions, a service will be planned for a later date.

Share Your Memory of
Charles
Upload Your Memory View All Memories
Be the first to upload a memory!