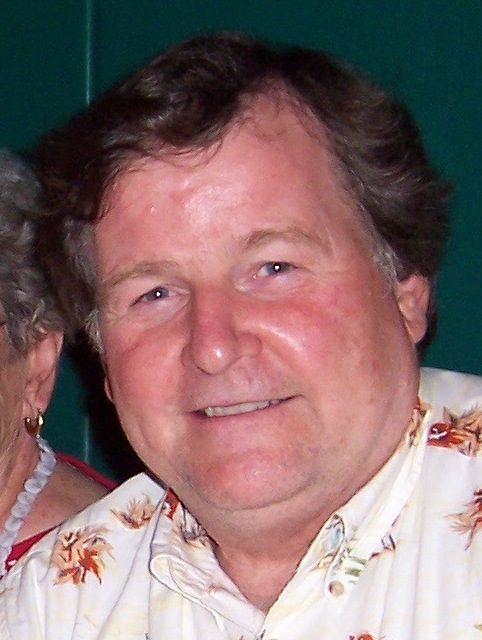 Thomas R. McCarthy, aka Thom, lost a valiant battle with cancer on April 2, 2020.  On that same day, he won the glory of eternal life. Thom was "a true Breezy Pointer," living full time in Breezy since the 1960's. In his years as a real estate agent, he brought that same dream of calling Breezy Point "home" to so many others.

Thom was the beloved son of John P. and Veronica, "Ronnie" McCarthy, who I'm sure were waiting for him at "The Gates!" His cherished siblings are: Jack, deceased, (Susan); Bobby, deceased (Drucilla), deceased; Alice (Joe) Cunneen; Rita Gibson; Agnes McCarthy; Terry (Lorrie); and Ed (Maureen). He delighted scores of nieces, nephews, their children and many relatives.  He is the loving husband of Louise.  He was a good friend to so many.

Thom attended Archbishop Molloy High School, Manhattan College, Baruch College and did post graduate studies at New York University.  He served in The United States Army Reserves before starting his career in advertising. He taught at the School of Visual Arts and eventually became a Professor at Saint John's University, influencing the lives of many students.

It's been said by many: "If you ever needed anything, you could always ask Thom!"  Thom was one of the founding members of the Sons and Daughters of America; served on the board of the Breezy Point Historical Society; and on several Cooperative committees: Communications, Green, and World Trade Center Memorial.  He was a proud member of the Ancient Order of Hibernians and faithful usher at the 4 o'clock mass at Saint Genevieve's.  Thom was truly a man for others!

The ways so many of us will remember Thom are patrolling Breezy on his epic walks, as a fierce tennis player, and in on any party and celebration.  He could always be found in front of the stores selling tee shirts or raffle tickets for some cause or charity.  "Morning coffee would end up costing $25.00!"  Thom was blessed with the gift of gab, but he also truly listened.  And he never left anyone behind.

To have accomplished so much, given of himself to so many, yet never want a spotlight...this is a life well lived!

Due to the corona virus pandemic, a Memorial Mass and celebration of Thom's life will be held on July 25th 2020 at 11:AM. The mass will be celebrated at St. Thomas More Roman Catholic Church (Rockaway Point Blvd. Breezy Point, NY 11697). A celebration of Thom;s life will follow the Memoriam Mass.

Thank you for your outpouring of love and support during this difficult time!  Whether it was a kind word or deed, note, Mass card, phone call, emergency response or ambulance transport...it mattered and meant the world to us!  Goodness has a rippling effect!  You are all truly amazing people!  We are so blessed!

Share Your Memory of
Thomas
Upload Your Memory View All Memories
Be the first to upload a memory!