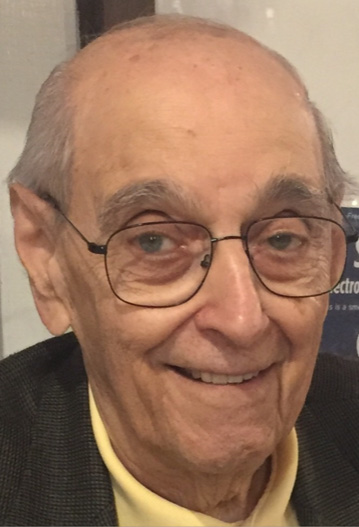 Obituary of Angelo A. Silecchia

Angelo A. Silecchia passed away on Thursday March 19, 2020 at 94 years of age. Angelo will be remembered by his family and friends for his warm, humble personality, his kindness and his devotion to family and church.

He was born in Brooklyn, New York in 1925. The firstborn son of his beloved parents, Donato A. Silecchia and his wife, Maria. He was predeceased by his sister, Rachel (Sal) and his brother, Frank (Jennie). After attending Madison High School, Angelo served honorably in the US Navy during WWII. He had a long and successful career as a commercial artist. After his retirement, Angelo dedicated much of his time to the care of his mother and became an active member of Our Lady Help of Christians Roman Catholic Church in Brooklyn where he served as a eucharistic minister. He cherished the friendship of his fellow parishioners and the love of his family members. He was a lifelong avid reader and we will miss his wit and intelligent conversation.

Due to the unusual circumstances at this time, there will no viewing or church services.

Angelo will be interred with his dear parents in a private ceremony on Monday March 23, 2020 at Holy Cross Cemetery in Brooklyn.

A Memorial Mass will be celebrated in his honor to be planned for a later date.

Memorial donations may be made to Our Lady Help of Christians Church in Brooklyn or to Missionhurst.

Share Your Memory of
Angelo
Upload Your Memory View All Memories
Be the first to upload a memory!