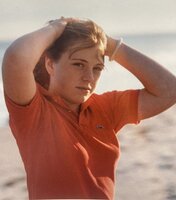 Lenihan, Carol, Age 59 passed away on November 20 as a result of complications due to Multiple Sclerosis. She was born December 19, 1963 to the late Richard and Joan Lenihan (nee Duffy). Carol worked in the garment industry until she was diagnosed with M.S, in her late 20's. She had a magical ability to engage in conversations and always listened intently to the persons needs rather than her own. Carol was an inspiration to her family and many friends, enjoyed people's company and touched everyone she encounter. Carol is survived by her sister Patrice, brothers Richard (Loretta), Raymond and her nephew Richard Tyler. Carol is also survived by her devoted caretaker of 20+ years , Cherry Lowers.

In lieu of flowers, donations in Carol's memory may be made to EWTN.

Committal service will be private.